How to Play Craps Online

Roll the Dice and Play Craps

Are you a fan of Roulette and want to learn how to play Craps online? Let’s get right into it!

We’re a long way from ancient games played by Roman soldiers, who used pig knuckles as dice. Now you don’t have to slaughter any animals to play craps – everything you need is online at the casino at Bovada.

You can find craps in Bovada’s table games section. Playing craps online is an ideal environment for a game that can be a bit intimidating to stroll up to in a live casino. Instead of having to elbow through the shouting crowd, you can take on craps games from the comfort of your own home. You can learn all the nuances of the game and get a good feel for it in practice mode before making your first real money table games bet.

Want to learn how to play craps online? Let’s get right into it! 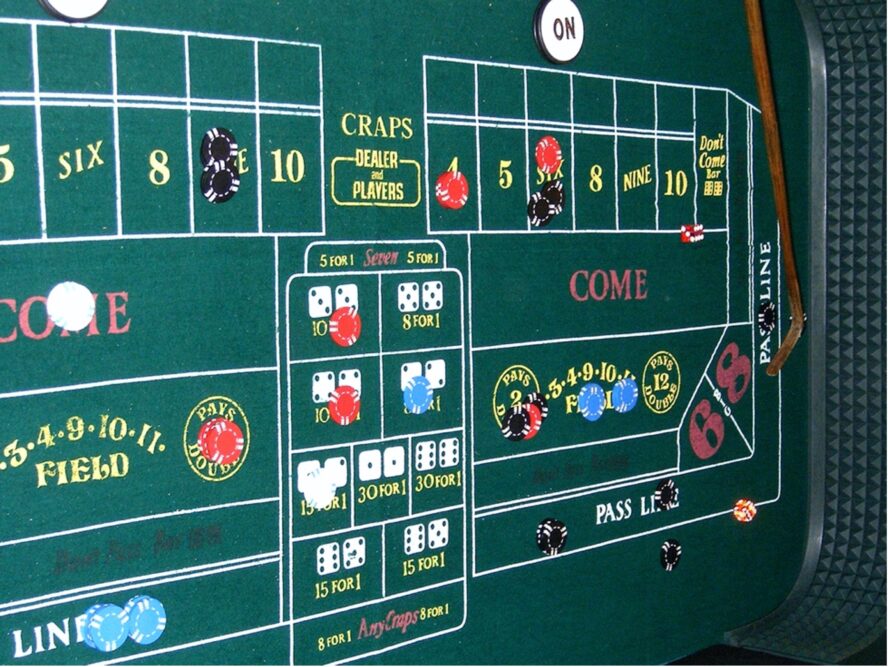 How to Bet the Pass Line

At a live casino, craps games are played by rolling two dice down a long table and making bets on the numbers that will arise. When you play craps online, all of this action happens virtually.

There are three “craps” numbers: 2, 3, and 12. If the shooter rolls these, they have crapped out.

One of the basic bets in craps is called “passing.” If the first roll, also known as the “come out” is a 7 or 11, it’s a “natural” and the round is passed. Players betting on the pass line win money. A craps roll loses money on the pass bet.

Of course, there’s other numbers. These rolls (4, 5, 6, 8, 9, and 10) are called “point numbers.” Rolling one of these numbers on the come out sets up a point. The craps game then revolves around whether the shooter will roll that number again before they hit a 7. Rolling a seven causes the pass bet to lose. The shooter has “sevened out.”

The Bovada beginner craps guide covers fundamentals like these to teach you all about playing craps online, but we’ll cover a few more simple concepts in this article.

How to Bet the Don’t Pass Line

If you’re playing craps online and you think the shooter won’t pass, you might think about betting the “don’t pass” line. These bets win in craps games if the shooter craps out on initial rolls, or if a point is established and the shooter sevens out before rolling the point again.

The pass and don’t pass bets are essentially opposite sides of the same coin.

Come and don’t come bets when you’re playing craps online are all about establishing your own personal points.

The don’t come bet when you play craps online lets you bet on the reverse outcome. Your personal point gets established, and your don’t come bet pays off if the shooter sevens out before rolling that point again. Hope for lucky seven to show up in time!

By the way, you can learn more about these and other bet types in the Bovada craps guide. Read up, then roll the dice and win real money at the craps table. 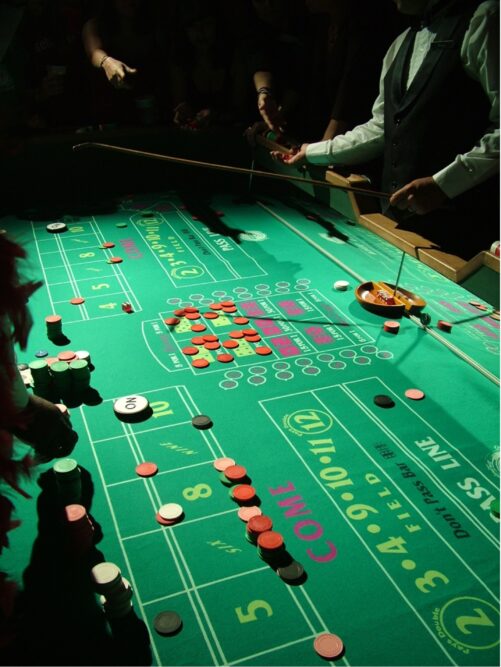 The dice rolls you’re betting on each have multiple ways to hit, but some are more likely than others. As you might have guessed from the way craps games are designed, a seven is the most probable number to roll. There are more ways to make this total than another rarer number, like a 12, which can only be rolled one way.

For this reason, some folks who are betting the pass when they play craps online like to get true odds payouts on the passing numbers, instead of getting paid the same amount of money no matter which one comes up. These bets are called odds bets, and the payouts are as follows:

When you’re playing craps and looking for a pass roll, you can make things a little more interesting (and possibly profitable) by putting your real money down on an odds bet like this.

The best bonus at the casino craps table is when you win cash with a strong odds payout.

Some players just like certain numbers. For these players, craps games at Bovada offer place betting. Here, you simply pick a number to be rolled before a seven. If it happens, you get paid. (A lay bet is the opposite. You’re betting on a seven being rolled before that number).

Place bets on 6 and 8, in particular, carry a famously low house edge, and so are among the smartest bets you can place when you’re playing craps online. Make these bets, and the odds are more in your favor to win some real money online at your next craps game at Bovada.

Note that, unless you specify, these bets won’t be active or “working” on the come out roll. Make sure that you turn them on if you want them working even during that initial roll.

Heading to the Bovada Craps Tables

Craps offers a number of other bets, but we would recommend working on some of the basics before getting into the more complicated aspects of craps games. Getting a feel for the rhythm of the game helps a lot not just in understanding how bets work when you play craps online at Bovada, but also in making things more exciting. Knowing what you’re looking for is a lot more fun than simply getting carried along with the tide.

The first time you watched football, it was probably exciting, but you had no clue what was going on. A craps table is similar – tons of excitement is there, but only after you start to understand it do things really get interesting.

Focus on the bets that offer the best odds in this casino dice game, and you’ll win real money at the virtual craps table in no time.

Head to your own personal Bovada craps game today and start learning what those people are screaming about every time you walk into a casino.